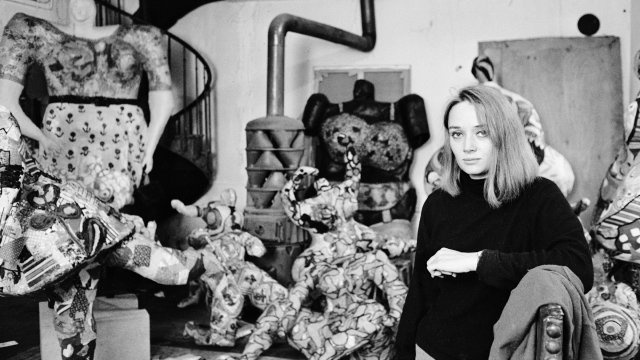 Born in France, Saint Phalle soon moved to Greenwich, Connecticut, with her parents in 1933, growing up in a strict environment that made her childhood very difficult and traumatic.

During her teenage years she worked as a model for several important publications including Elle and Harper’s Bazaar, and even appeared on the cover of Life and the French issue of Vogue. It would not be until her marriage to Harry Mathews that she would take up painting, experimenting with different media and developing her self-taught style.

The American painter Hugo Weiss was a major influence on her work and became both a friend and mentor to her, he encouraged her to continue painting in her self taught style. She moved to Spain in 1955 and was influenced by the work of Antonio Gaudi especially his use of unusual materials and found objects as structural elements in sculpture and architecture.

Saint Phalle moved to Paris in the mid-50s and began to work in a style similar to art brut. She first came to public attention through ironic parodies of Art informel painting, known as Tirs. The Tirs series comprised plaster reliefs incorporating pockets of paint, which burst when fired at by visitors to the exhibition, thus staining the surface. Through these works Saint Phalle became associated with Nouveau Réalisme.

She produced reliefs and sculptures made of objets trouvés and plastic toys; these were always playful and imaginary. Monsters and other fantastic creatures were also among her favourite themes, while other assemblages were in the form of iconoclastic altars.

Saint Phalle's next series were concerned with the representation of women. This led to the Nanas series, begun in 1964; daubed in bright colours, the larger-than-life athletic females glorified an art of play and festivity. 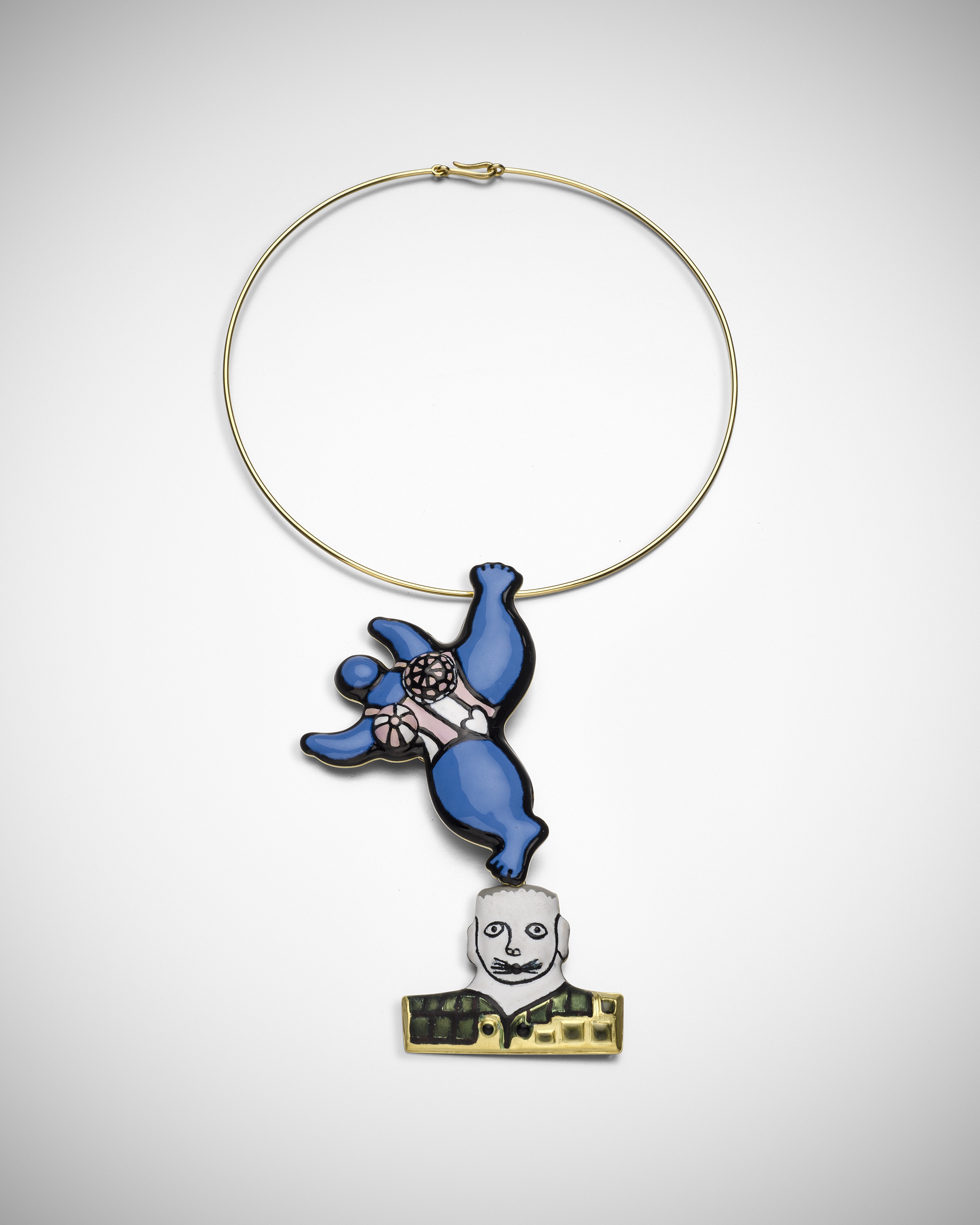 Nana Brooch & Necklace - This work is a continuation of the edition started in 1973, completed in 2013. 18k gold and enamel with detachable man brooch | signed 'Niki de Saint Phalle, numbered and stamped.

The apotheosis was the monumental She: A Cathedral (1966; Stockholm, Mod. Mus.; destr.); constructed in collaboration with Jean Tinguely and Per Olof Ultveldt, it was a huge shell of a reclining woman, 28 m long, inside which were rooms, including a cinema and a bar.

She married Jean Tinguely in 1971 and with him she created other memorable works such as the Stravinsky fountain in Paris and the Tarot Garden in Tuscany. Thereafter Saint Phalle devoted herself mainly to monumental sculptures, sometimes intended more directly for children.

Saint Phalle also produced several illustrated books, designed sets for the ballet and made films, including Daddy (1973). In 1986 she published Aids, You Can't Catch it Holding Hands (Munich), a combination of words and images.